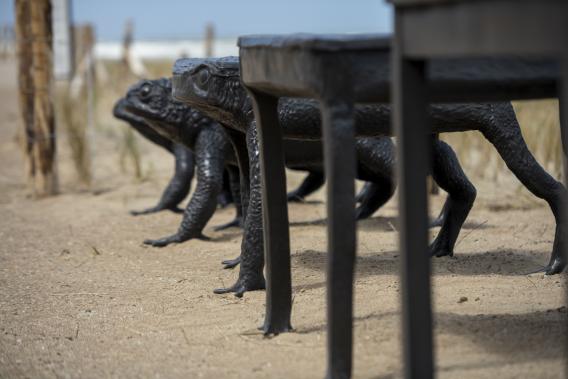 How do you measure progress? Is bigger always better and smaller always more powerful? Is human intervention always necessary, or do we evolve in any case? And is progress always a good thing? These are the questions being asked in Maarten Vanden Eynde´s Pinpointing Progress. In this sculpture he links several modern achievements with one another. At a certain moment, buses, mopeds, bicycles and radios were regarded as the most advanced technology. In the twentieth century these inventions were proudly exported by both the West and the USSR. It was a race to be the most advanced, which would confirm the superiority of an ideology. This sculpture was originally made for the Biennial of Riga in 2018, where today only the tiniest, uppermost item of the spear is produced, the transistor. In this way, Vanden Eynde´s tower visualises the speed of evolution.

The construction of Pinpointing Progress refers to the town musicians of Bremen, the folk tale of the Brothers Grimm, in which four ageing and mistreated domestic animals join forces in order to escape from their wicked masters. The story attests to the poor working conditions and abuses that often seem to be the flip side of progress. Just think of the building works that Leopold II realised along the Belgian coast, such as the port of Zeebrugge, the coastal road and the station of Ostend. This king, whose misdeeds are amongst the worst atrocities in history, turned the coast into a region enjoying a global reputation. However, he accomplished this using the wealth he accumulated by exploiting the Congolese population. Today when we think of technological progress, we imagine the developments of tech giants such as Google or Apple, which in their quest for mineral ores in the Congo still make use of child slavery. Violations of human rights appear to be indissolubly linked to modernisation. Pinpointing Progress cautiously draws up the balance and understands: one day, the Tower of the Progress might collapse again.

Square next to the town hall
Marktplein 8
8620 Nieuwpoort
Nieuwpoort

END_OF_DOCUMENT_TOKEN_TO_BE_REPLACED 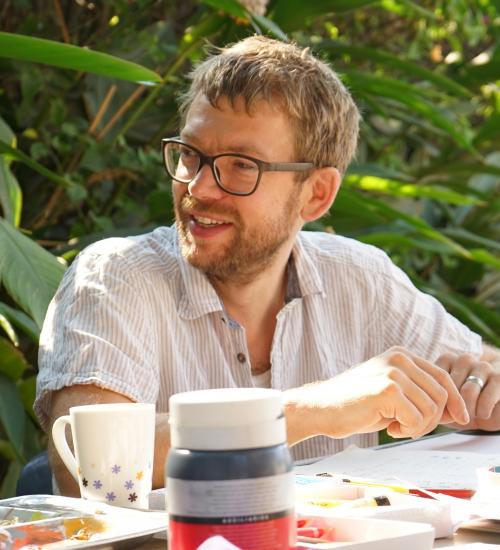 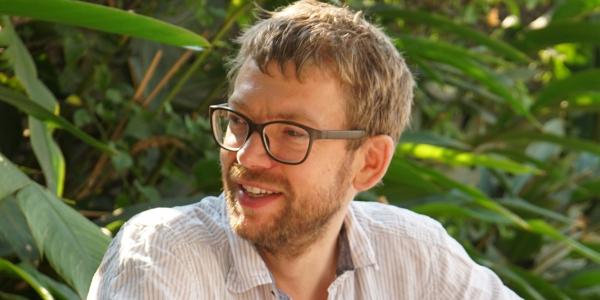