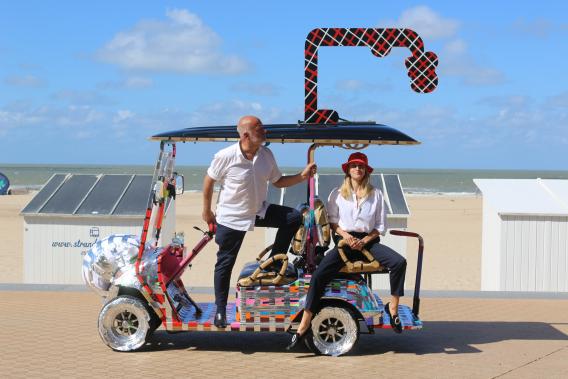 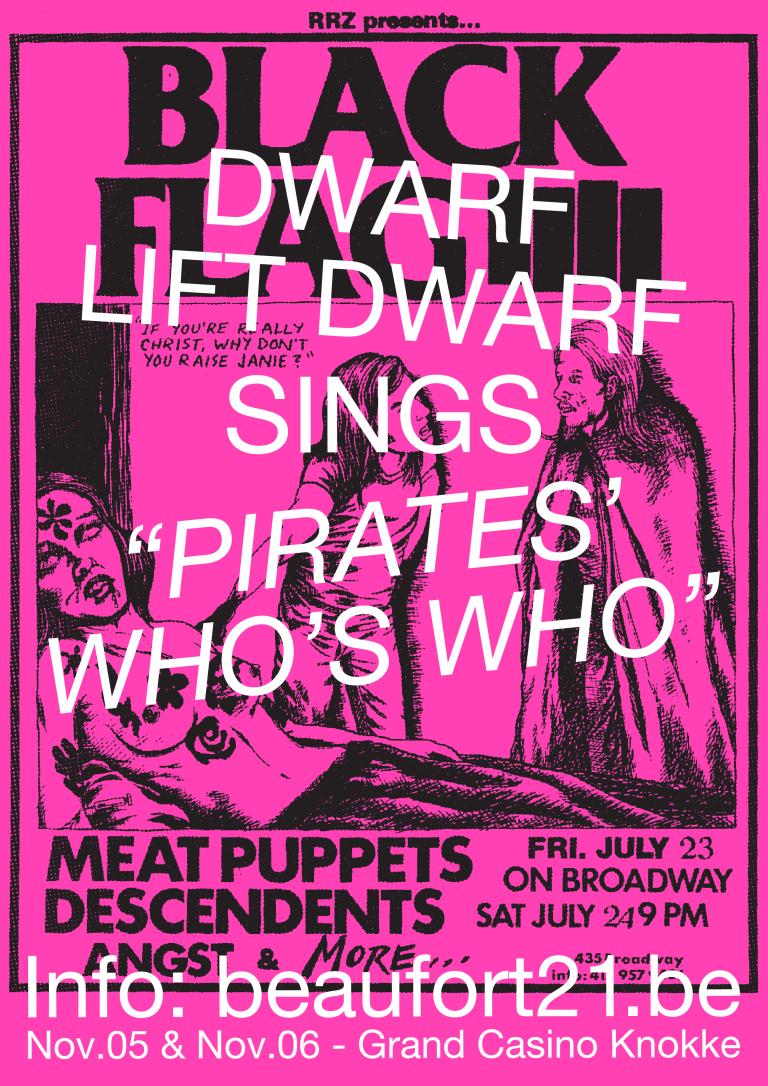 In Saâdane Afif's works, the interpretation of his work by artists from other disciplines become important material to extend the artwork, that may in fact never reach its final state. His work The Pirate's Who's Who (2004-ongoing) has grown for 15 years to become one of Afif's most vast works that is built around his invitations to other artists. On the occasion of a solo exhibition in Siegen, Germany, in 2004, Afif invited two visual artists to write songtexts about the works he showed in the exhibition. This became the starting point of an archive that now contains more than 190 texts which he commissioned. They appear as poetic interpretations in the exhibition, or become the lyrics of songs, made into music by a local band.

For Beaufort 21, Afif brings the work Dwarf Lift Dwarf Sings 'Pirates’ Who’s Who. Afif chose ten appropriate texts from his songtexts archive, and asked the Brussels band Dwarf Lift Dwarf to make them into ten songs. Among the texts are two that have been written by artists that are present in Beaufort, namely Rosa Barba and Ari Benjamin Meyers. The songs will be performed on November 5 and November 6 in Knokke, as part of the performance program xxx that is organized by WIELS in Casino Knokke. A vinyl record with a recording of the ten songs will be produced at a later date.

The concert of Saâdane Afif is the final act of INDISCIPLINE, a programme of different performances organised by WIELS in the Casino of Knokke-Heist.

With the concert 'Dwarf Lift Dwarf Sings "Pirates' Who"' by Saâdane Afif, Beaufort 21 closes its seventh edition of the art triennial in style.

Everybody is welcome to attend the concert for free, but registration via e-mail is required.
The concert of Saâdane Afif is the closing act of the performance programme INDISCIPLINE that is organised by WIELS at Casino Knokke.
If you want to follow the entire programme, you can buy a ticket here. If you only want to see the final concert by Saâdane Afif, entrance will be free of charge. We do ask you to make a reservation by sending an e-mail to info@beaufort21.be (make sure to tell us for which evening and for how many people you're making the reservation.)

INDISCIPLINE is a collaboration between Knokke-Heist and WIELS, the Centre for Contemporary Art in Brussels.